The art of pavement engineering

Principal Pavement Engineer David Mangan is among the pavement industry’s best. This is David when he graduated - almost four decades ago!

The humble pavement is a pivotal part of our built infrastructure, yet the expertise behind it often remains overlooked or misunderstood. True experts, it seems, are few and far between.

With a career spanning nearly four decades, including many years as Austroads advisor, T+T Principal Pavement Engineer David Mangan is among the industry’s best. What’s more, he’s passionate about passing on his knowledge to the next generation of experts.

Talk to David and he’ll soon clear up any misconceptions about pavement engineering. “There’s more to it than number crunching,” he says in cheeky reference to charts and software solutions. While he acknowledges the importance of getting the math right, when you add experience to the mix, magic happens. You’ll get designs that last.

He counts himself lucky for his extensive construction involvement - a rarity nowadays; it has given him a keen eye for crucial details. Whether it’s the precise moisture content of compacted base course or its perfect stiffness before spraying bitumen or spreading asphalt, he knows the many seemingly innocuous details that ultimately determine the quality of the end product.

“It’s a grey art,” according to Senior Pavement Engineer, Colin Dailey. “Yes, there’s science behind it, but much of pavement engineering is based on experience and underlying fundamentals.” He draws on know-how gained on major road projects such as the Monash Freeway Upgrade or high-profile upgrades like the recent Webb Dock expansion.

He earned his own ‘airport wings’ when he worked alongside David on the Bauerfield International Airport in Vanuatu. It added a new dimension to his track record which is already rich and varied. Like David, Colin also has great transport agency insight having represented VicRoads on national working groups and provided input to national Austroads projects.

Prasanna Punchihewa is another Senior Pavement Engineer who works closely with David. “I have learned a great deal from him and his vast experience since we first started working together in 2007,” he says.

Prasanna’s track record includes many subdivisions, rehabilitations and investigations which he’s undertaken at David’s side. He’s particularly drawn to investigations into failed pavements due to his innate curiosity and desire to get to the bottom of things. “If a pavement falls apart, you first have to find the cause before you can recommend a solution for the client,” he explains. “It’s very exciting!”

Like his colleagues, he couldn’t imagine doing anything else and he appreciates the value they collectively and individually add to client projects. It’s what happens when art, science and magic come together. 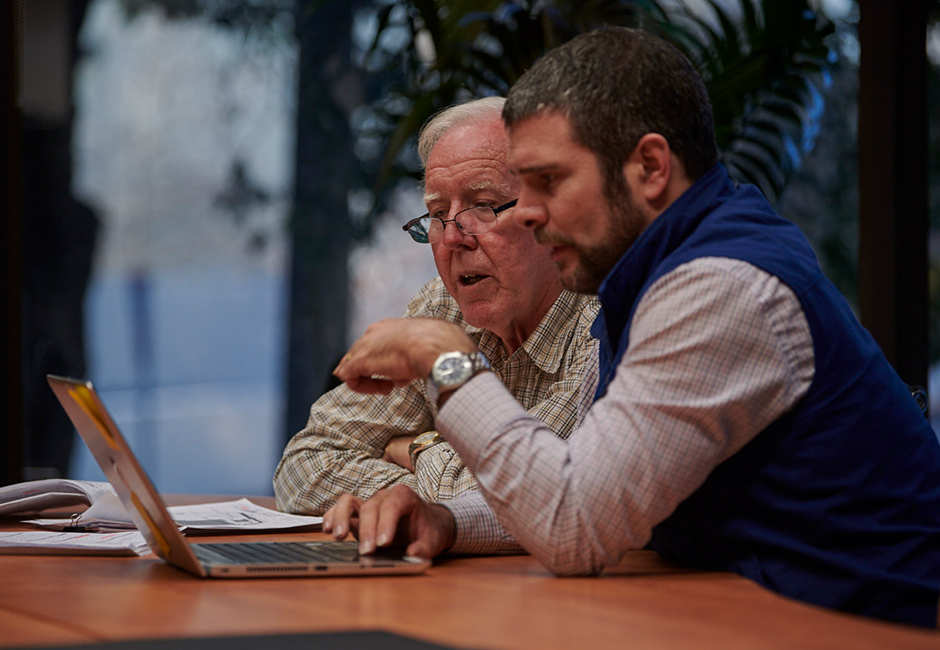 David, Colin and Prasanna are supported by T+T’s wider pavement team and are based in the Melbourne office.